SALANGO, Ecuador, Oct 14 (Reuters) - Marine turtles hurt by ocean trash undergo rehab in an animal hospital in southern Ecuador, recovering enough to return to the wild or at least educate the world about their plight.

Most turtles rescued by the Marine Fauna Rehabilitation Center in Manabi province have trash or fish hooks in their intestines. They often confuse plastic with jellyfish and eat it. Many have fractures from being hit by fishermen or tangled in nets, said veterinarian Ruben Aleman.

Aleman, who founded the center in 2012, carefully cleans the injured shell of an olive ridley sea turtle, a rare species whose adults reach about two feet long and weigh about 100 lb. It has spent the last year in rehab from severe shell damage and surgery to remove plastic from its esophagus.

The turtle is one of dozens at the center, all from species threatened to some degree with extinction.

"Before the center was created the marine turtles would get stranded and die, but now we rescue them and give them another chance," Aleman said in an interview. "Humans are the cause."

The center has rehabilitated and returned to the wild nearly 300 adult turtles, dozens of birds and some sea lions since its creation and uses medical equipment suitable for humans, like an oxygenation machine, X-rays and blood sample tests.

One turtle - which lost its front fins during a surgery to remove netting, plastic and fish hooks - has been fitted with a pair of prosthetics.

That turtle can swim, but will never be able to return to the wild, Aleman said.

"It will be a turtle which helps to educate and raise awareness about the damage they suffer," he said. "They are vulnerable."

Rehabilitation for turtles can last years, as they slowly transition to swimming pools and then to the sea, initially accompanied by volunteers.

"The idea is to take them out on the sea so they are inspired to swim and move their fins," said biologist and center volunteer May Platt. " 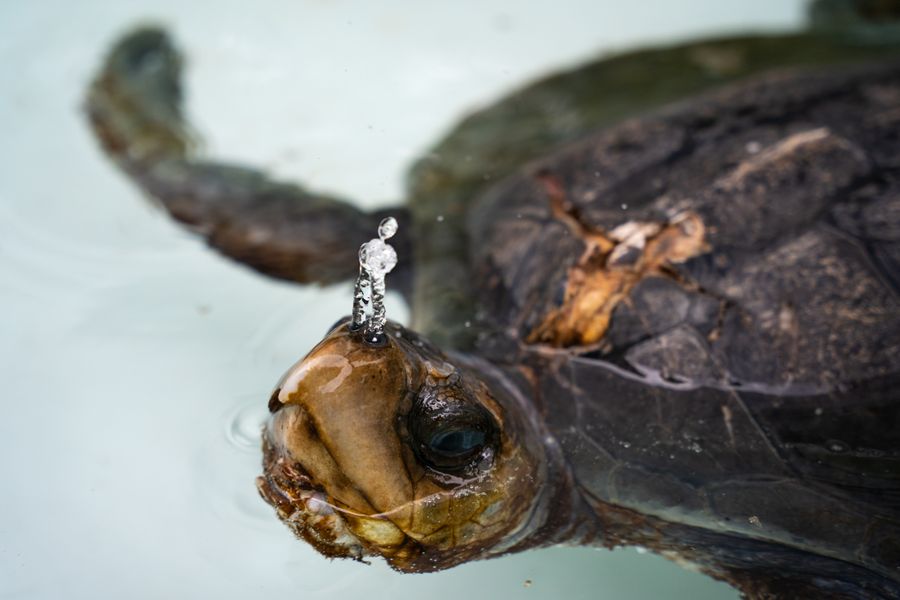 An injured pacific ridley sea turtle recovers in a tank after volunteers cleaned its wounds, at the Marine Fauna Rehabilitation Center, in Salango, Ecuador. This turtle suffered wounds in its head and shell, commonly inflicted by fishermen who find them in their nets and knock them unconscious or kill them in order to remove them from their nets more easily. This photo was taken as part of an assignment for Reuters about this Marine Fauna Rehabilitation Center. 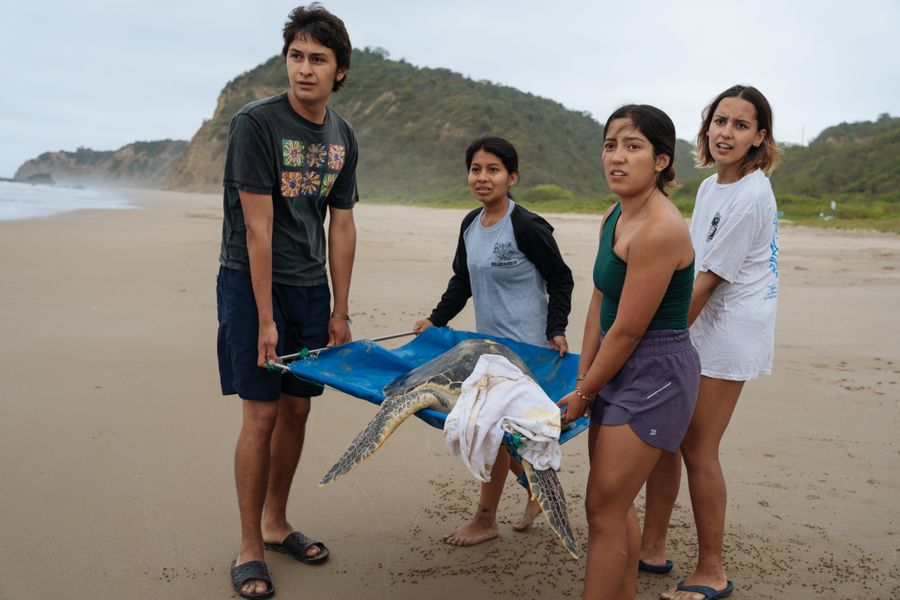 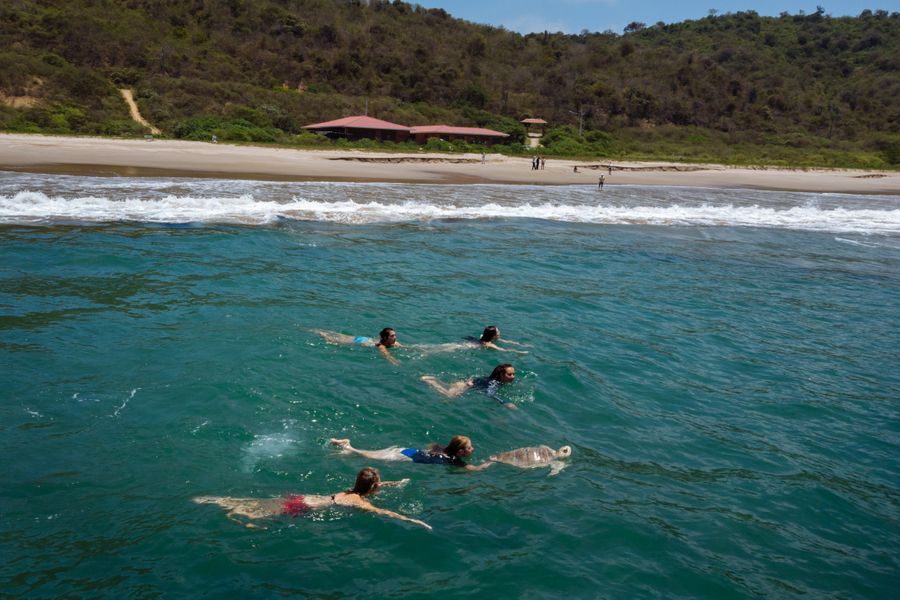 Volunteers of the Marine Fauna Rehabilitation Center take a turtle out for its daily swim in the beach outside the Center. When they have enough staff, all 30 turtles receiving treatment go out for a swim in order to recover strength in their fins and release stress. 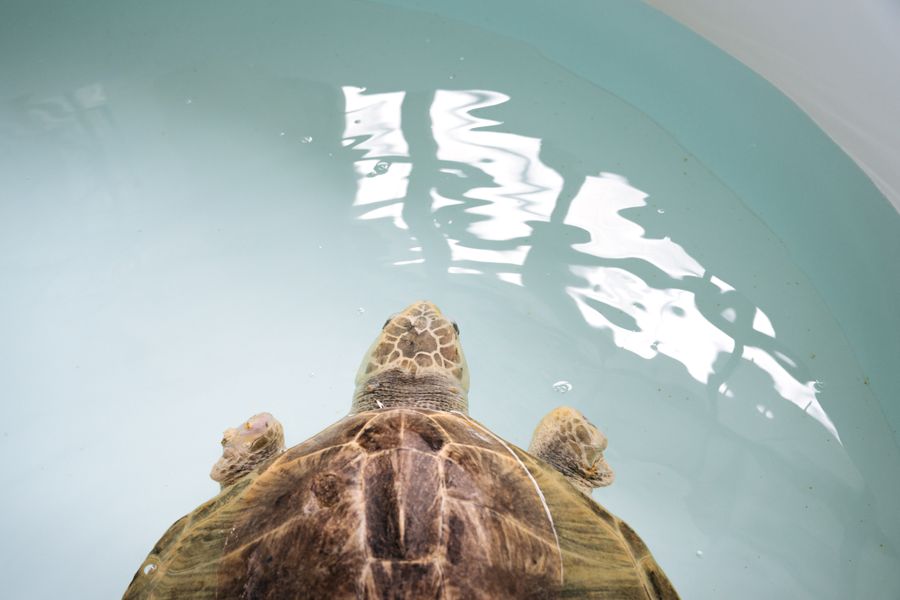 "Manitas" (little hands) was found with her skull cracked and both frontal flippers tangled in a fisherman's net which led to their amputation. Despite her recovery from the wounds, she will never be able to return to the sea as it is very unlikely that she would survive for long. Rubén Alemán, the director of the Marine Fauna Rehabilitation Center in Salango, Ecuador, has treated her since she arrived and is testing some prosthetic flippers that a volunteer designed for her. Photo made in the Marine Fauna Rehabilitation Center in Salango, Ecuador. 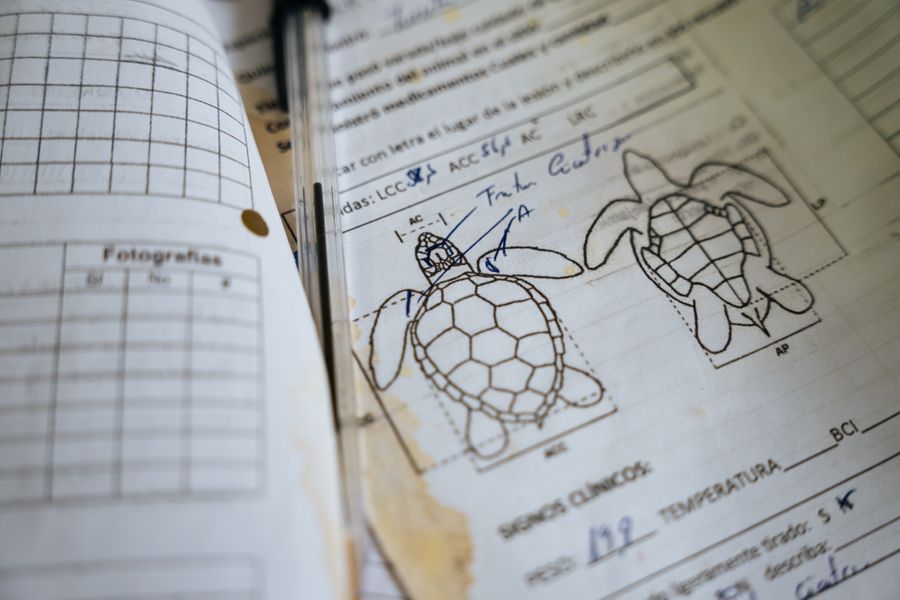 A template on a desk in the veterinary center shows the places where a sea turtle was injured by getting tangled with fishing nets. Many lose their flippers due to lack of blood circulation while trapped. 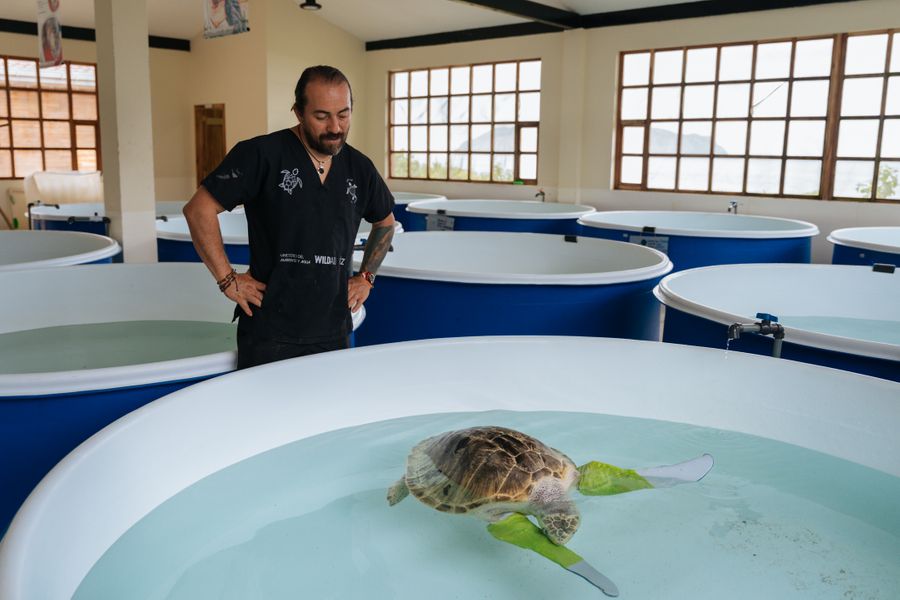 Veterinarian Ruben Aleman, who founded the center in 2012, observes how "Manitas" gets used to a pair of prosthetic flippers that a volunteer designed for her. This turtle will never be able to return to the wild so she will stay in the center as a tool to educate its visitors about the problems these animals face. 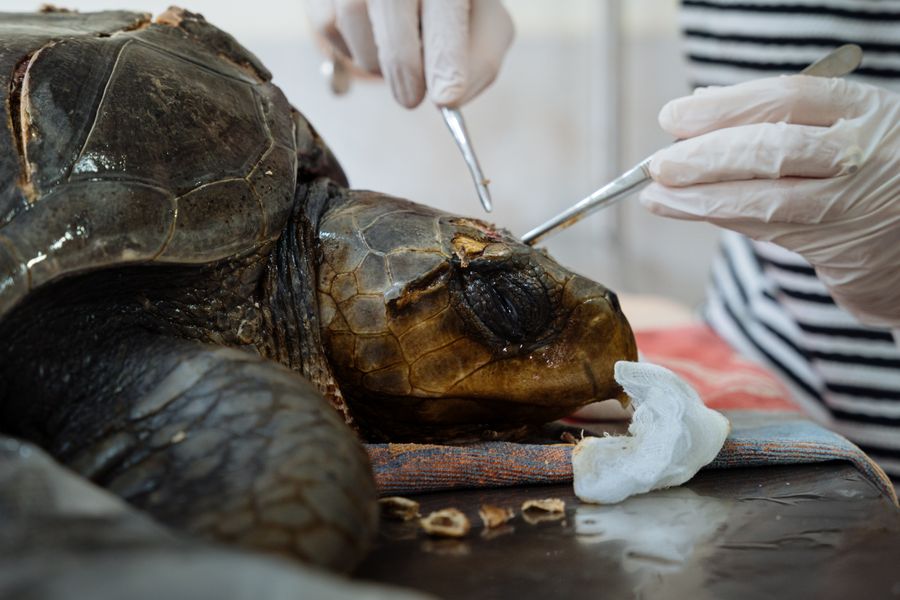 A volunteer of the Marine Wildlife Rehabilitation Center cleans the wounds of an injured turtle, in Salango, Ecuador. This turtle suffered injuries typically shown when a fisherman hit their head and shell with clubs in order to get them out of their fishing nets without a struggle. 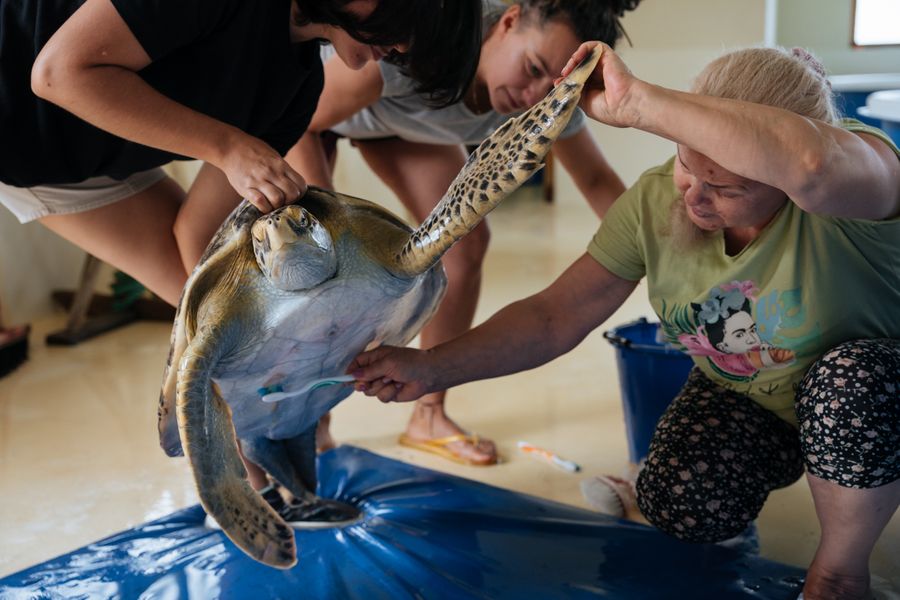 Adriana Chica (Left) helps newly arrived volunteers to clean an injured turtle’s shell . This process is done on every turtle on a daily basis in order to prevent algae sticking to them and preventing wound infections. 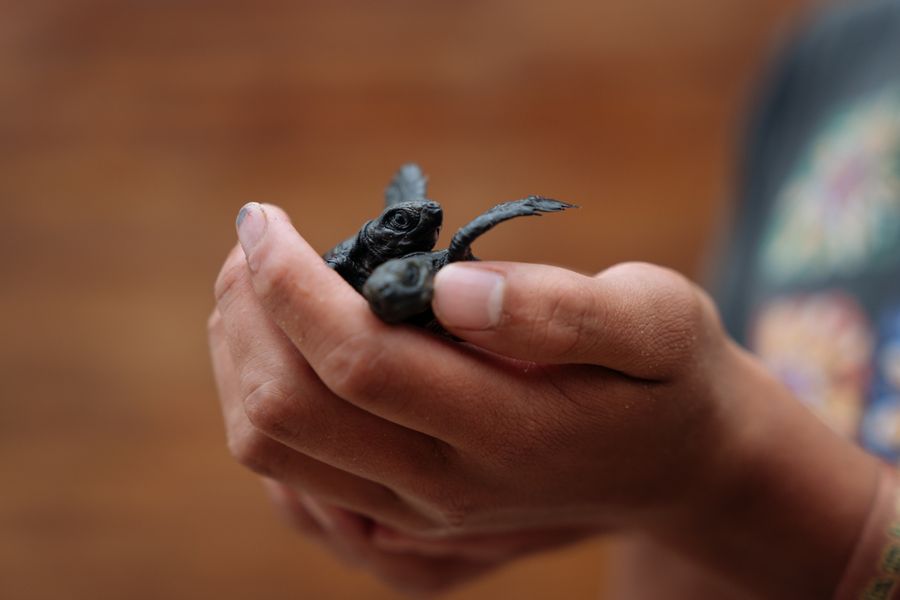