In its better years, the Ciénega, a small commune, held about 400 inhabitants. Most of them were dedicated to livestock, agriculture, deer hunting and coal production. In the middle of a thick vegetation, where the cattle grazed, it also had a church and an associated school. They were prosperous times. Guasango, laurel and barbasco covered the area; animals fattened and reproduced; the crops gave good harvests.

In the late seventies, the land stopped producing. A strong drought left most of the residents of the sector without resources to live and began to migrate to cities such as Guayaquil or Salinas in search of employment. Those who stayed in the village were dedicated solely to the production of coal. However, little by little, the trees that are used for this process were depleted. the church and the school stopped working. The town was left without children.

Currently, the inhabitants of the Ciénega do not exceed a dozen all of them are over 65 years old. In 2011, I began to document the lives of those who did not move away from their land, since this is a symptom of a larger issue: the uncontrolled growth of urban areas due to the lack of resources in rural areas. According to a report issued by the United Nations (UN), 54% of the world's population lived in urban spaces in 2014, and by 2050 it was expected to rise to 66%.

For the celebration of the Day of the Dead, the Ciénega relives as in its best times. Many of those who left return with their children and grandchildren to commemorate the deceased and organize a party that lasts until the next day. However, during the rest of the year, little movement is seen in the community.

It is possible that the town remains without inhabitants within a couple of decades. Therefore, one of the objectives of this work is to preserve the customs and traditions of the community, reflect on current life in order to create a space for the conservation of their identity and history. 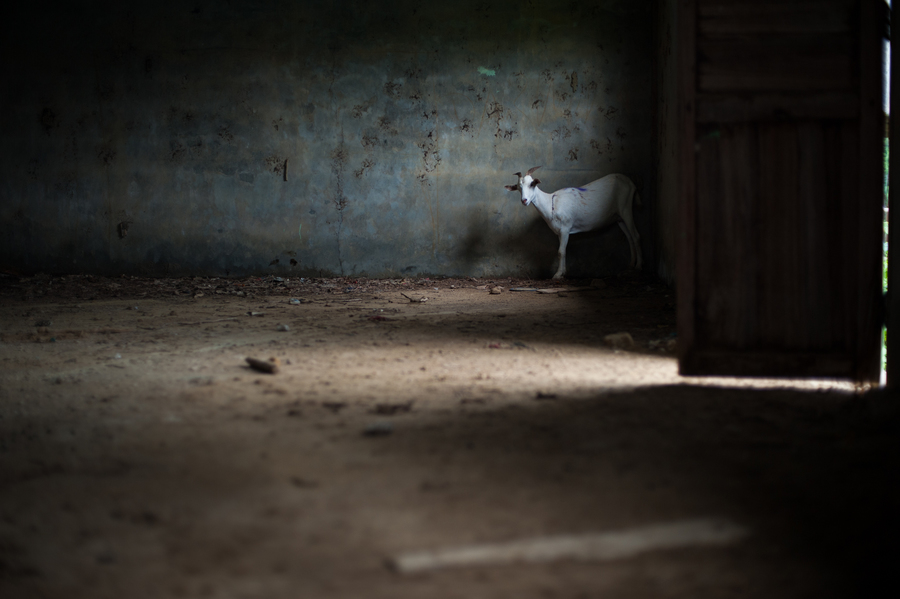 An injured goat finds refuge in the abandoned school of La Cienega. After the last teacher due to too few students, the last migration wave started, leaving the town with only elders. 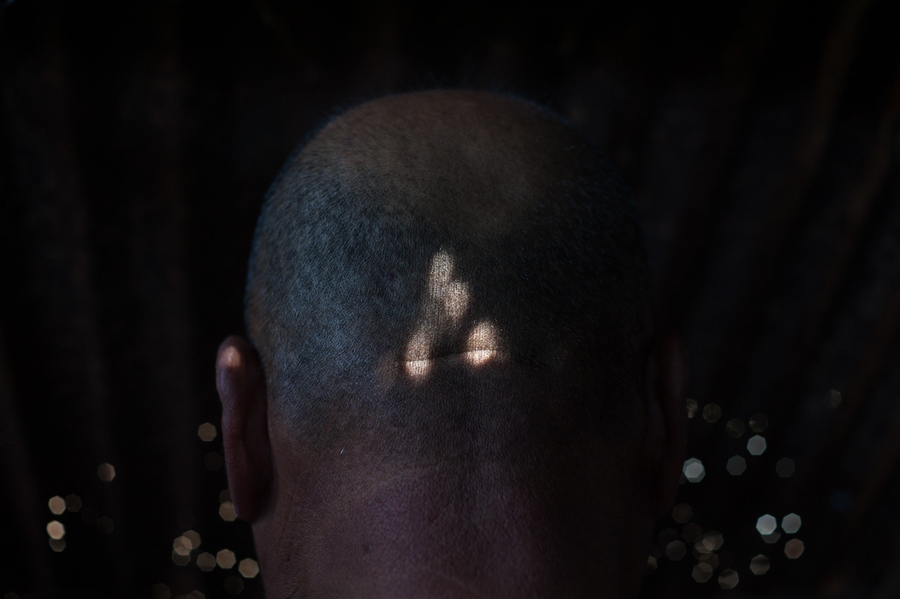 Bolivar Quimi washes some dishes in his kitchen, where the sun shines through holes in his zinc ceiling. 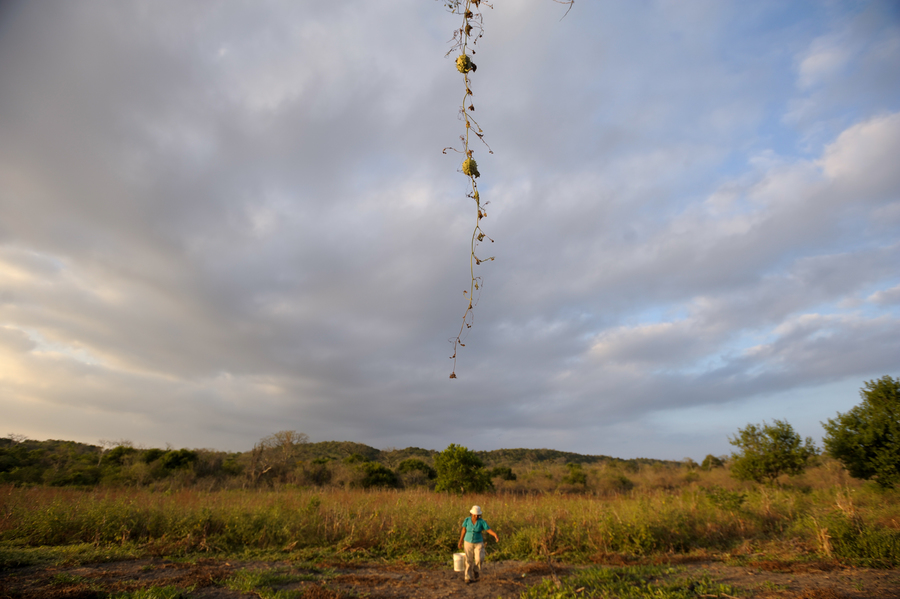 Clementina Billon carries water in a bucket to irrigate her small watermellon crop. 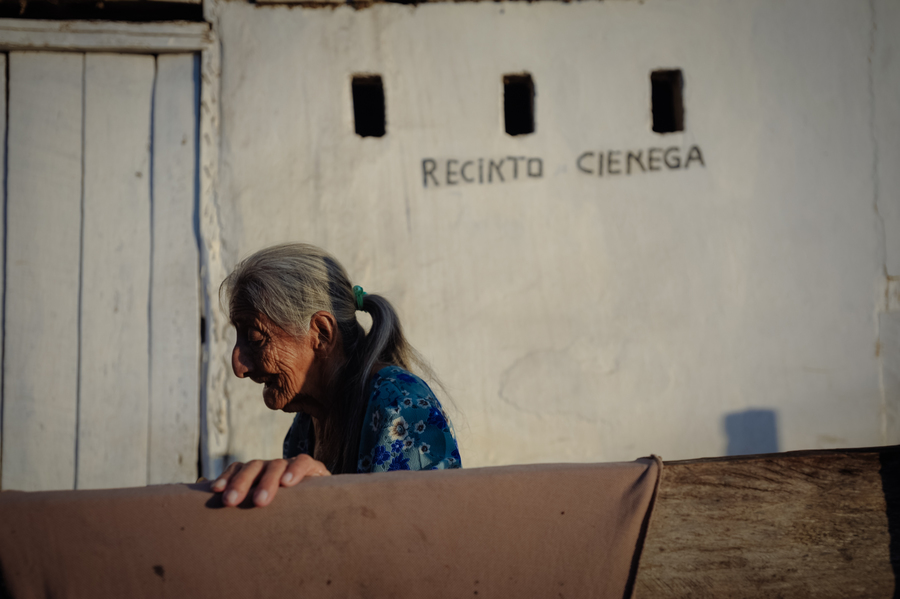 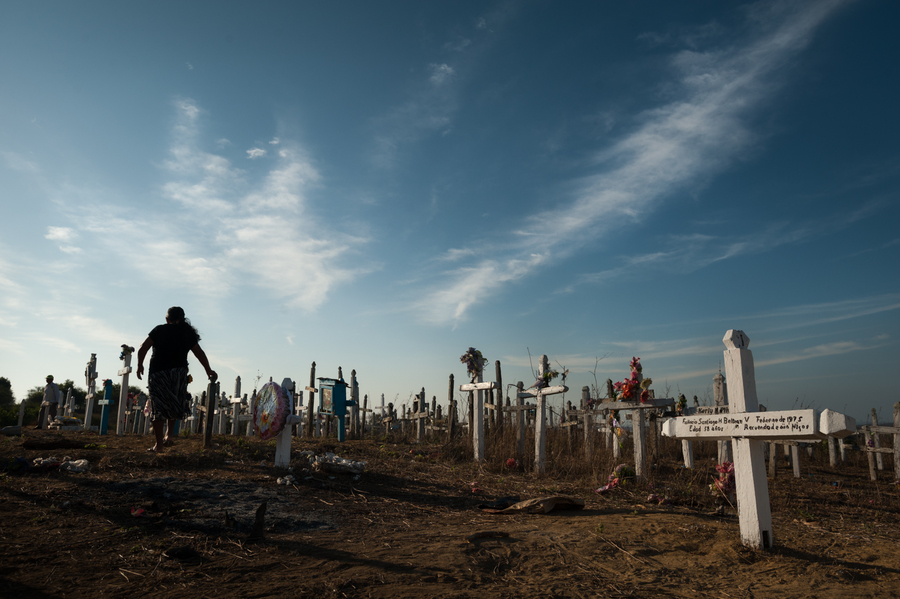 A woman who was born in La Cienega and left the town visits the local graveyard during the weekend of the day of the dead. 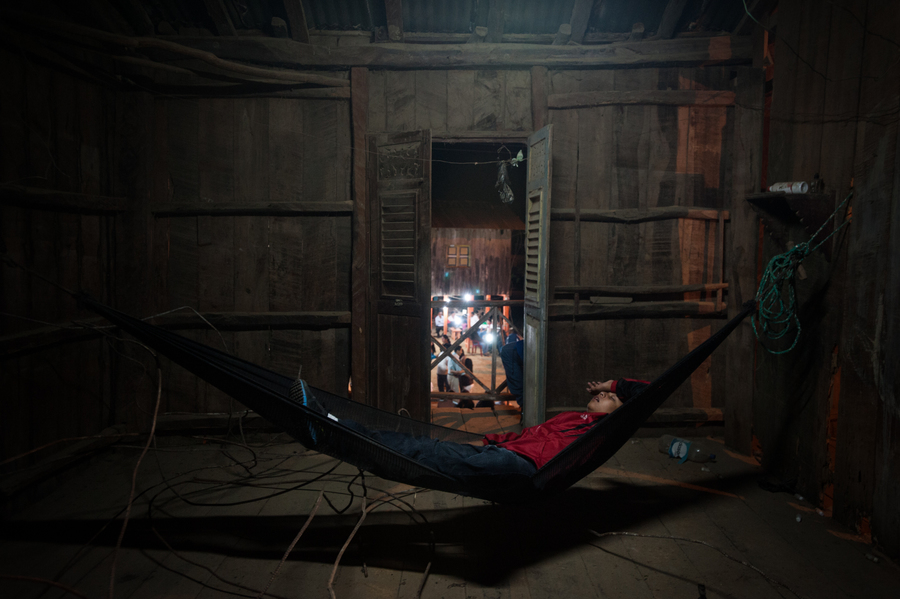 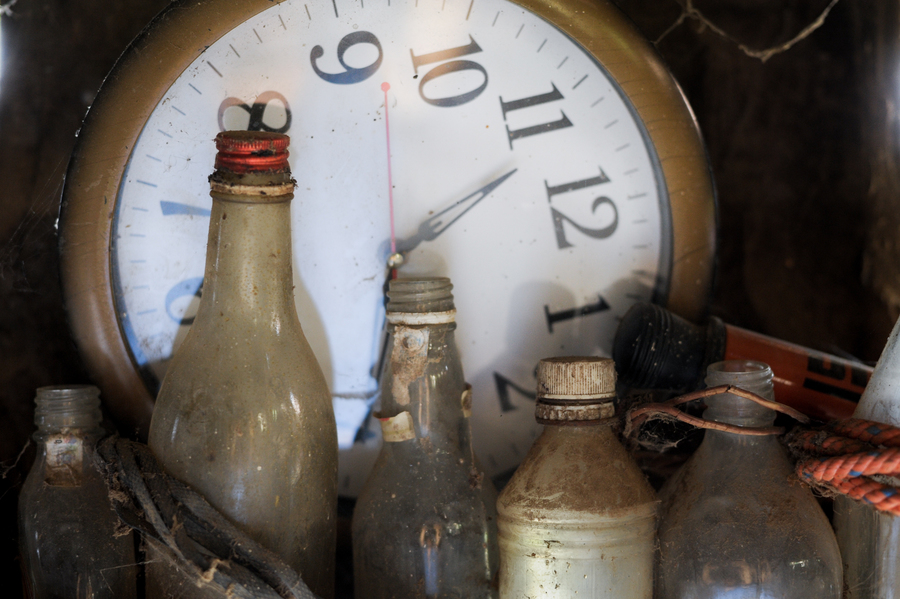 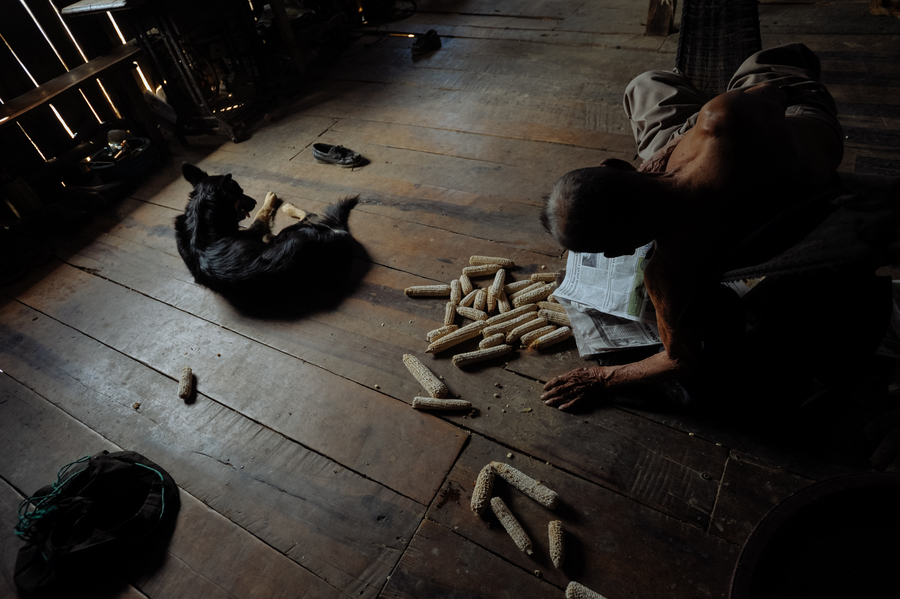 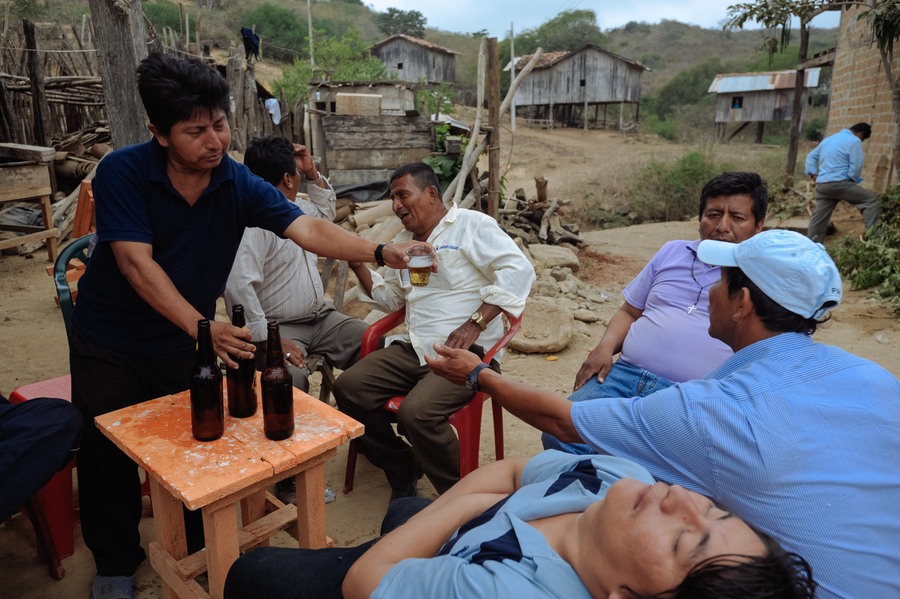 Geronimo Avelino (center) enjoys some beers with his fellow neighbors during the day of the dead. 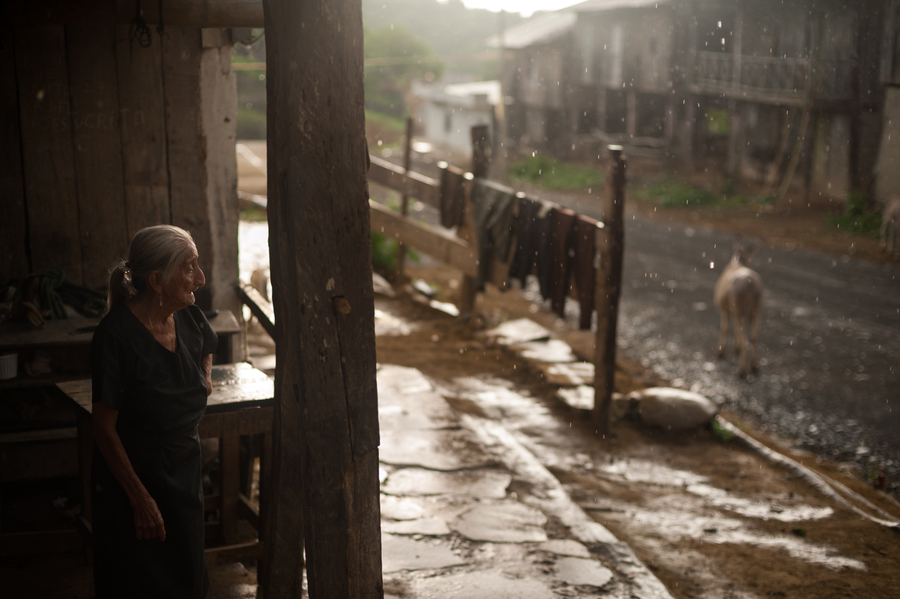 Ignacia Quimi watches the first rain of the year from her house. She wears all black since her brother, Claudio, died a few weeks before this picture was taking, leaving the town with 11 inhabitants at that time. 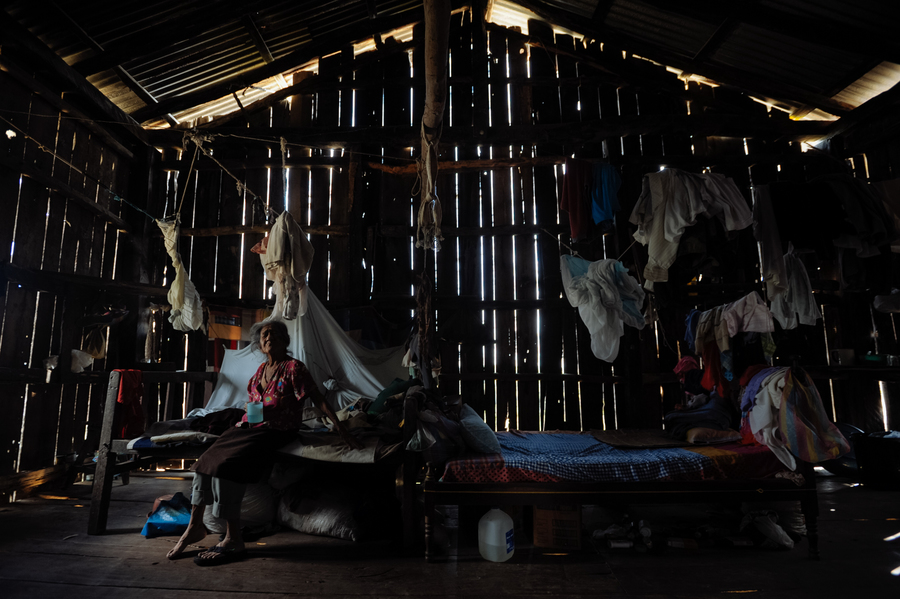 Geronimo Avelino struggles to tie a cow in order to sell it for butchering. Most of the cattle and goats in town are raised for local consumption, but in times of needs, they sell them to buyers from nearby towns.

Ignacia Quimi waits in her house while lights are being set up for the party during the day of the dead celebration.

A snake crosses the road that leads to La Cienega. The harsh roads make it difficult for its inhabitants to reach the nearest towns during the rainy months.

Maria Mateo searches for water at a table in her room. She was blind, deaf and mute when this photo was taken. She died in 2015 at 98 years old.

Bolivar Quimi enjoys the visit of his grandchildren while his familyh visits him to arrange the preparations for the celebrations of the day of the dead. Bolivar lives alone in La Cienega, while his wife, sons and grandchildren live in Guayaquil.